Active Duty has a new audition video that they shared this week.  This fucker is hot!  Cody Smith joined the US Army a few years ago but when he is off duty he likes hanging out at the gym and tattoo shop.  He is only 24 years old, 5’10 and 160 pounds.  He’s all muscle
Read More
As we head into warmer months, I commence contemplating about the seashore. I commence dreaming about sturdy Army boys on depart, playing in the sand, spilling a little beer to make a -handed catch in front of some pretty girls. I can see these Army boys, Ryan Jordan and Allen Lucas, carrying out just that, laughing
Read More

Dmitry Osten Takes A Raw Load In The Mouth And Ass 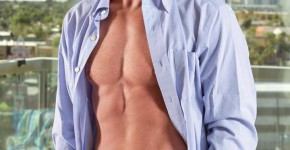